German Tellerbarett for Landsknecht and Saxon

16th century Germans wore many hats, one of which we call a Tellerbarett (platter hat). You can see versions of this large, round, flat hat in many paintings and woodcuts of the era. I could find no reference to surviving hats from this era, so I have only images to go by. It seems clear to me that the hats were constructed in different ways — each of the three images below shows a slightly different construction — but they all share the large, round shape and feathers are common.

So I set out to create my own. I wanted one in red wool, with the top slashed to show black wool underneath, and white ostrich feathers. Here’s my result:

This is a big hat, and I may need a shot of courage to wear it, but I really like it. The feathers are wispy and fun. And I like the pattern I slashed into the top (they are winged hearts) — it’s not traditional, sure, but it makes it unique and personal.

Here’s how I made my Tellerbarett:

This project took me about 4 hours. 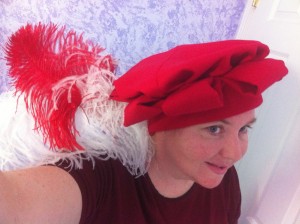 Since last night’s experiments making a Landsknecht hat went went, I started working on it again as soon as I got up! I used some lightweight red wool, with red linen for the lining. I made the hat bigger in all ways — bigger brim, bigger slashings (the loops that stick out, bigger cap on top. I thought last night’s seem a bit too modest for a Landsknecht. I machine stitched the loops to the brim, then handstitched everything else. It didn’t take too long, especially once I finally tried using the beeswax I’d received in “AnneMarie’s Favor” Award from Duchess AnneMarie’s Half Century Holiday — what a difference the beeswax made in avoiding snags and tangles in my thread! 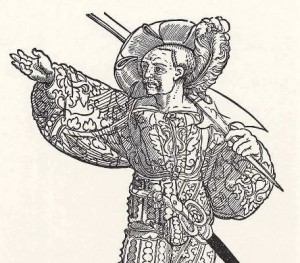 Landsknecht were German mercenaries in the 15th and 16th centuries, with a reputation for being very good fighters. Gregor has a particular interest in them, and one day would like to don the entire garb of a Landsknecht! To the right you can see an illustration of a Landsknecht with a similar hat — this illustration is a woodcut by Erhard Schön (1491-1542) from Nuremberg, Germany.

I am very pleased with the results! I cannot wait to see it on Gregor — and he arrives from the faraway lands of Draca Mor in just three days! I can’t wait to see him. 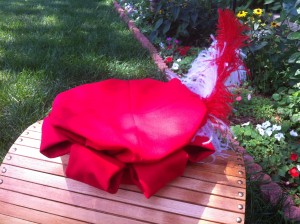 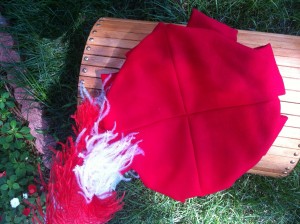 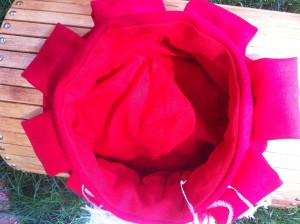 If anyone is interested in how I made this hat, leave me a message here. I’d put the pattern up now, but I need to get back to sewing … Pennsic is so close and I have so much to do! Just know that you will probably need to wait until after Pennsic for a detailed response.

Gregor needs a hat and wants a German Landsknecht “starfish” hat. I have no pattern, but here’s what I came up… 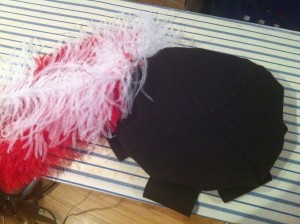 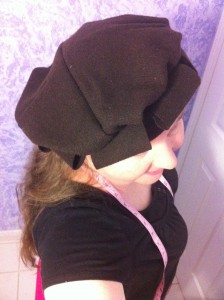 The top of the hat

Back to sewing… so much to do before Pennsic!